Lost animals in Fresno County can now be found at a larger and more appropriate facility.

After years of operating from a temporary location in a former morgue, Fresno County has cut the ribbon for a new shelter in southwest Fresno.

“We all know that the morgue was non-functional and unfortunate,” said Fresno County Supervisor Nathan Magsig.

The new 20,000-square-foot facility will have everything an animal needs — a reception center, large play areas, clinics and isolation rooms. It will be almost ten times the size of the previous facility, which was used as a ‘temporary’ facility for 10 years.

“I think the biggest win here is the combination of helping animals and community involvement in what we do,” said Teri Rockhold, director of Fresno Humane Animal Services. 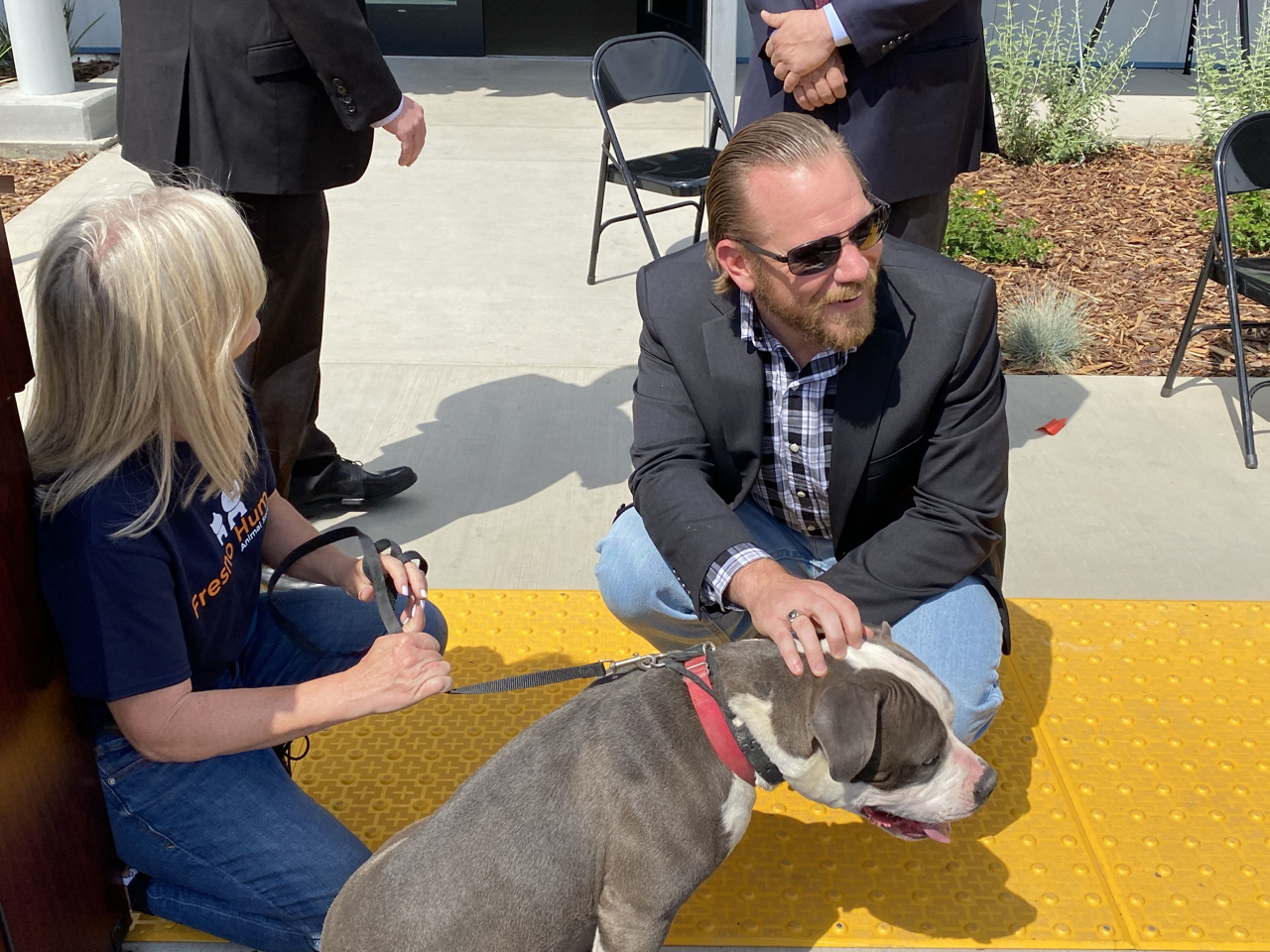 The new facility at 1510 W. Dan Ronquillo Drive (near Marks Avenue and Hwy 180) will primarily house dogs and cats. It will also have the opportunity to house farm animals such as goats, horses and pigs.

For anyone living in an unincorporated portion of the county, a call to 559-600-PETS (7387) will connect the shelter.

FHAS will operate the $9.4 million center under a ten-year contract. The group boasted a 90% live release rate. Before FHAS took over the management in 2015, it was 30%.

In 2018, the county considered a location near Grantland Avenue and Highway 99 just outside the Fresno city limits. Objections from the neighborhood eventually dropped the plan.

The city of Fresno is also opening a $20 million animal shelter just north of the airport. County officials say the two units will work together on castration and neuter events and adoption education.