WEDDINGS should be happy moments for everyone – but they are just uncomfortable for a woman.

A mother and aunt of the bride revealed that she is considering not going to her niece’s wedding for a number of reasons.

On Mumsnet.com, an anonymous woman asked if she was being unreasonable about the wedding.

“That would mean leaving my dearest daughter (14 years old) alone for six hours a day,” she began, explaining that her home is very isolated.

My daughter “has depression and anxiety and our large dog is difficult to handle.

“[I’d have to] drive back half an hour to pick her up for the evening reception she is invited to and then back to the hotel. 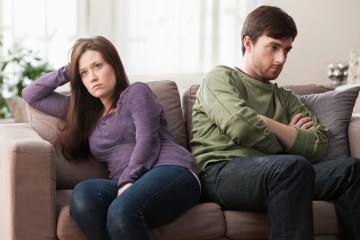 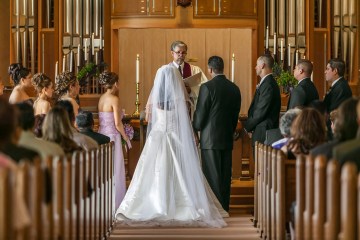 “I also know that we are not having dinner with our relatives but with the bride’s mother’s family as we all live in the same village.

“I was told that’s why we’re sitting at the same table. I try very hard with them, but they never speak to me. I wave and they don’t wave back.

“I can see them talking to each other and ignoring us.

“My husband says he’s going to the wedding, which I’m fine with. But am I unreasonable?”

After she posted, many people flooded the comments section with divided opinions, with some saying she was simply apologizing for not going and others urging her to skip it.

One person suggested: “Take your daughter with you and leave her in the room so you don’t have to drive back to pick her up and you can check on her regularly?”

A second person agreed, saying: “Yeah, sure. And put the dog in kennels overnight.

“You sound like you want to make it difficult so you don’t have to go.”

To these two people, the woman claimed that there were no rooms available at the hotel, so this was not an option.

A third person slammed her for even thinking about jumping, saying: “I can’t imagine missing my niece or nephew’s wedding for the reasons you outlined. You’re not even a single parent!”

And a fourth added: “You obviously just don’t want to go – don’t hide behind your daughter as an excuse.”

However, some people were on her side and said these were reasons enough not to go.

A second pointed out: “So your niece is not inviting her cousin to the ceremony, only to the evening reception?

“I wouldn’t worry about offending her.

And a third said: “I would go to the evening reception – if I went at all.

“You’re not going to enjoy the wedding while you’re at home worrying about your DD and your dog and possible problems.

“It doesn’t sound like you’re particularly close to the niece anyway, like she thought a lot of you, considered your circumstances and invited your DD to the wedding too.”

What do you think? Should she skip the wedding or take steps to make it happen?

We pay for your stories!

Do you have a story for The US Sun team?